A Beautiful Ghetto Three Years Later: A Conversation About Healing 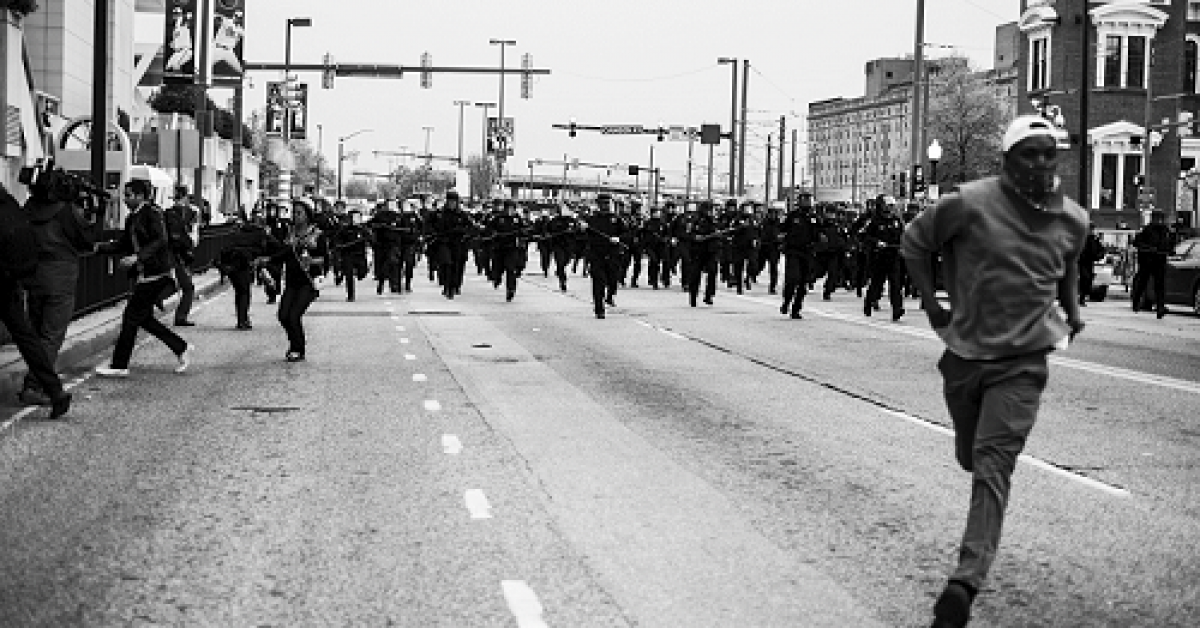 The Institute for Integrative Health, as the Nova Institute was then known, and the Gordon Parks Foundation held an exhibition and program series, A Beautiful Ghetto, Three Years Later: A Conversation About Healing, from March 15 through May 24, 2018. The exhibit showcased photographs by Devin Allen, a social justice photographer, a fellow of the Gordon Parks Foundation, and Baltimore-native. Allen and the Institute used the exhibition and program series to spark a conversation about healing the individuals and the community of Baltimore.

With a rising death count in the years following the Baltimore protests, city residents continued to feel immense pain and frustration at the current state of our city. In bringing his exhibition back to the heart of the city where he grew up, Devin Allen focused on bringing healing back home.

“We always spend so much time on the pain. We measure how strong we are by how much pain we can take,” Allen said. “Can we, for once, focus on how we can address our issues, get educated, and start the healing process? I want this show to be a platform to address our pain freely and heal together.”

This exhibition, which coincided with the third anniversary of the protests sparked by the death of Freddie Gray, was a part of a broader Institute initiative focused on the use of art and nature as tools for helping people recover from trauma. “Engagement in the arts has been proven to reduce stress, boost self-esteem, and aid the healing process,” said Brian Berman, MD, founder and president of the Institute for Integrative Health. “We welcomed this opportunity to work with Devin on holding a sacred space for people to come together, through creative expression and open dialogue, to explore how we can heal ourselves and our city.”

The conversation of healing took place over 10 weeks, during which time guests were invited to share their thoughts with an interactive display titled, “How Are We Healing?” This question proved to be the central tenet behind every program in the series.

Devin Allen, a Baltimore-native, won national attention when his photograph of the Baltimore protest was featured on the cover of Time magazine. Allen is the inaugural fellow of the Gordon Parks Foundation and was nominated for a 2017 NAACP Image Award., as