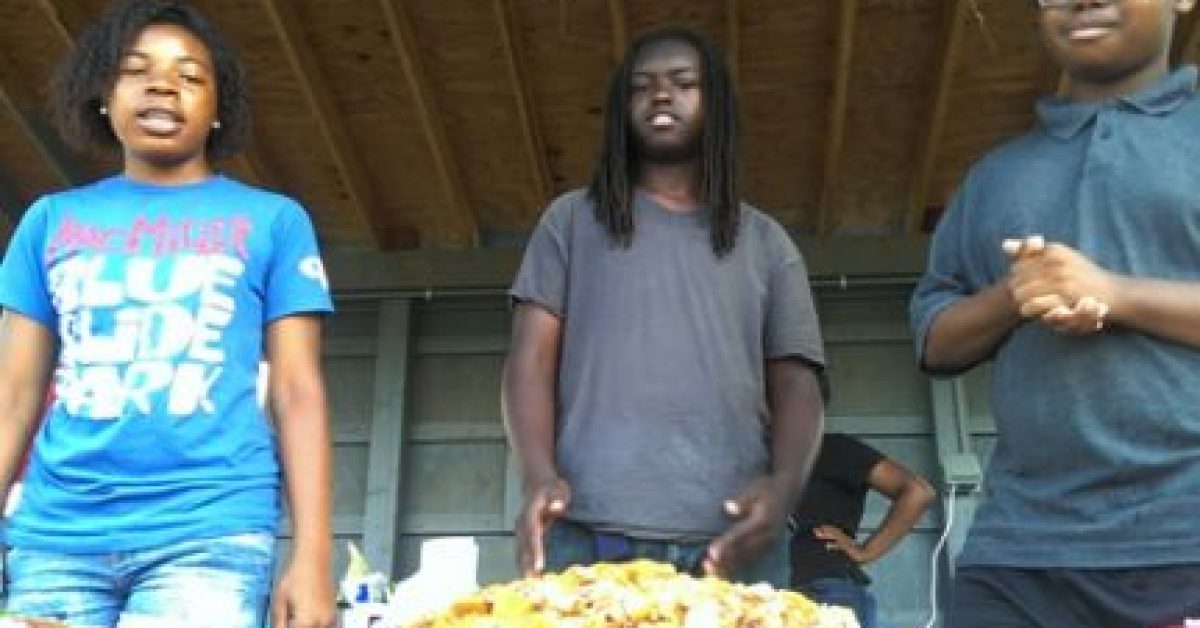 One of the joys of Mission Thrive Summer has been hearing from participants’ families about the growth they’ve seen in their youngsters. Here’s what Joey’s mother had to say:

“Before, he would only eat tomatoes if they were on a sandwich. He never ate fruit. Now he loves to sample things, and that’s what’s important. He’s willing to try things.

“Joey brought home a tomato plant they gave him at the farm. He’s on the computer researching how to care for it. I didn’t think he would like the farming stuff, but he’s really excited about it.

“He’s talking about new seasonings for food. He’s telling me how to cook! He told me that they made burgers. I said, ‘Did you press down the patty a little?’ He said, ‘Mom, you’re not supposed to press on it. That keeps the juices inside.’

“I never used to let him in the kitchen, but now I let him cook a little. Before, I wouldn’t let him near the knives, but he told me that they learned how to use a knife, so I said, ‘Ok, since you learned.’

“I like this program because it brings kids from all over [the city], and when they have to get something done, they have to learn how to work together. If there is a problem, they have to work it out.”